ADDRESSED TO: PRESIDENTS OF THE ASSOCIATION, ONLUS, ENTREPRENEURS, LAWYERS, SPORTS MASTERS ETC. OR ARE YOU SOMEONE WILLING WHO WANTS TO CREATE A NEW FUTURE
Browse: Home   /   EUROGENDFORD – EUROPEAN POLICE

CURRENT SOCIO-POLITICAL SCENARIO, MY PERSONAL OPINION AND’ OF APPROVAL AND SUPPORT FOR THE EUROPEAN POLICE FORCE EUROGENDFORD, OF ADMIRATION AT HIS MEN …… SOME FEAR …

WHO'S AFRAID OF A COP

The European gendarmerie force[1][2][3][4] (Eurogendfor or EGF) is a Police Corps Dell’European Union.

Founded by a multinational initiative ’ five countries members of the European Union ’ (France, Italy, Netherlands, Portugal and Spain, to which are added the Romania in 2008 And the Poland in 2011) was created with the aim of providing a more efficient management of international crises outside the borders of EU ’.[5][6][7]

The draft Constitution of a gendarmerie European It was released on October 8 l ’ 2003, on the occasion of the informal meeting of Defence Ministers in Rome during the Italian Presidency ’ European Union, with a decisive contribution from the French Minister of defence Michèle Alliot-Marie. The first treaty was signed 17 September 2004, in Noordwijk, in Netherlands, between 5 countries: Italy,France, Netherlands, Spain and Portugal. L ’ initiative was outlined by the Ministers of defence Antonio Martino (Italy) and Michèle Alliot-Marie (France) European colleagues, during an informal meeting of Eu Defence Ministers.[10][11] The 23 January 2006 It opened headquarters in Vicenza, becoming operational in all respects.[12]

The 18 October 2007 is signed Treaty of Velsen, representatives of Member States of the EU with ’ police force to military order: France (Gendarmerie), Spain (Guardia Civil), Portugal (Guardia nacional), Netherlands (Marechaussee) and Italy (Arma dei Carabinieri). The Treaty, by 42 articles, duties and powers of discipline Eurogendfor.[13][14] The Treaty was ratified by Italy on ’ 28 April 2010 with the law 14 may 2010, n. 84.[15][16]

The EGF consists of ordering military police force to intervene in crisis areas, under the aegis of the ’ BORN, Dell’UN, Dell’EU, Dell’OSCE or coalitions formed “ad hoc” between different countries.[6][17][18] However the EGF is an independent organization from ’’EU, Although it can operate following a request in the ’ area of common foreign and security policy.[5][6][7]

The structure of the EGF is reminiscent of Multinational Specialized Unit (MSU) Dell ’ Arma dei Carabinieri, employed in Bosnia, in Kosovo and in Iraq. European gendarmerie politico-military coordination is entrusted to High level Interministerial Committee (CIMIN), based in Vicenza (at the carabinieri station «General Chinotto»), a Committee composed of the foreign and Defence Ministers of the Member States participating in the EGF, providing manpower and equipment. Every year one of Ministers assumes the rotating Presidency of the CIMIN.

The EGF is not under the control of national parliaments or the European Parliament, reports directly to the Governments, through the aforementioned CIMIN. Operating for its deployment and strengthening, ’ l is required unanimity of the Member States of EGF ’ (European Union ’-dell). During the operation of the EGF each Member State retains its decision-making autonomy. The States, then, delegate to CIMIN l ’ guideline, strategic and military, keeping l ’ operational autonomy. L ’ EGF ’ police all input is subject to possession of a military order and must be part of a State in the European Union or candidate ’ all ’ be. Currently the bodies participating in the European gendarmerie force are six plus two but they have only the supporting role.

The countries members of the European gendarmerie force.

The bodies of Gendarmerie are:

There are two bodies that have the supporting role: the Military gendarmerie of Poland that gave 10 October 2006 l ’ intention of becoming part of the European Corps,[21] And the Place Out West Viesojo Tarnybaof Lithuania.

A future enlargement of the countries members of the European Union ’ could easily lead to a widening of the components of the gendarmerie. Among the countries not yet members, Serbia, Moldova,Belarus and Turkey have a corps of Gendarmerie.

The gendarmerie force take part in missions of’EU, Dell’UN, of BORN, Dell’OSCE, to which the Ministers choose to join. Carries out military tasks of a conflict and to support the initial phase of transition, alone or together with forces who perform exclusively military targets. The EGF provides police and training of an army and local police during withdrawal of the military component.

In detail, According to the ’ art. 4, paragraph 3 the Treaty of Velsen, its possible uses include:

The force has been used in 2007 in Bosnia and Herzegovina. In December 2009 the EGF is officially used in Afghanistan, all ’ within the ISAF mission.[17]

Subsequent to the Haiti earthquake (12 January 2010) a contingent of the European Gendarmerie was posted on ’ island[22] with 120 Carabinieri, 147 French gendarmes and a platoon of Spanish (23 the Civil Guard unit).

THE SOLDIERS ARE THE MAINSTAY OF EVERY NATION ... ANYONE WHO DOESN'T UNDERSTAND THAT IT'S A FOOL ... ONLY WITH A SYSTEMATIC COLLABORATION AND TRUST IN THE MILITARY IS GOING TO GIVE PEOPLE SECURITY AND PREVENTION .... EVERY CITIZEN CAN BE THE EARS AND PRECIOUS EYES ... ... And that the SOLDIERS be again recognized their glory and prestige that are put in the right places on time and with power to act for the good of all ... The soldiers are masters ... Are often SEEMS duct, deliberately underestimated .... Are men who have made and do not stop at mere words ... Are men who risk everything in their staff to keep the promise of Defense and LOVE of COUNTRY .. You have to give them the proper role in the media, …. the soldiers WILL BE THOSE WHO WILL HAVE "BIG SHOULDERS", big shoulders on which many will cry when the trouble will be too big to BE RESOLVED .... Are masters you can trust ... ARE PEOPLE, FRIENDS, ARE POINTS OF REFERENCE. ARE CREATED TO DEFEND THE PEOPLE AND PEOPLE MUST LOVE, RESPECT AND APPLAUD. Are competent people that go with confidence before and after the damage occurred ... Prevention means having courage to ask for help RIGHT AWAY . THE SOLDIERS WILL RESPOND CONSTRUCTIVELY EFFECTIVE AND IMMEDIATE ... ... ... ... All the time. 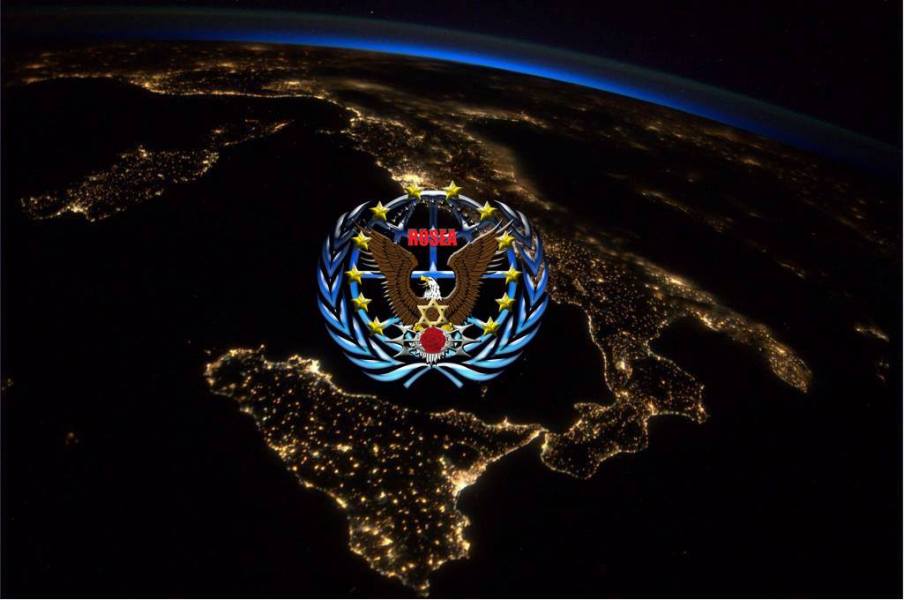 Set as default language
by

By using the site, accept the use of cookies by us. more information

This site uses cookies to provide the best browsing experience possible. By continuing to use this site without changing your cookie settings or click on "Accepts" Let them use.